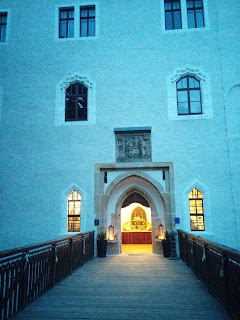 This blogpost is a list of bullet points concerning MediaEval 2015. It represents the "meta-themes" of MediaEval that I perceived to be the strongest during the MediaEval 2015 season, which culminated with the MediaEval 2015 Workshop in Wurzen, German (14-15 September 2015). I'm putting them here, so we can look back later and see how they are developing.


In order to round this off to a nice "10" points let me mention another issue that is constantly on my mind, namely, the way that the multimedia community treats the word "subjective".

"Subjective" is something that one feels oneself as a subject (and cannot be directly felt by another person---pain is the classic example). In MediaEval tasks, such as Violent Scene Detection, we would like to respect the fact that people are entitled to their own opinions about what constitutes a concept. Note that people can communicate very well concerning acts of violence, without all having an exactly identical idea of what constitutes "violence". Because the concept "works" in the face of the existence of person perspectives, we can consider the task "subjective".

So often researchers reason in the sequence, "This task is subjective, therefore it is difficult for automatic multimedia analysis algorithms to address". That reasoning simply does not follow. Consider this example: Classifying a noise source as painful is the ultimate "subjective task". You as a subject are the only one who knows that you are in pain. However: Create a device that signals "pain" when noise levels reach 100 decibels, and you have a solution to the task. Easy as pie. "Subjective" tasks are not inherently difficult.

Instead: whether a task is difficult to address with automatic methods depends on the stability of content-based features across different target labels.

The whole point of machine learning is to generalize across not only obvious cases, but also across cases in which no stability of features is apparent to a human observer. If we stuck to tasks that "looked" easy to a researcher browsing through the data, (exaggerating a bit for effect) we might as well handcraft rule-based recognizers. So my point 10 is to try to figure out a way to keep researchers from being scared off from tasks just because they are "subjective", without giving the matter a second thought. Multimedia research needs to tackle "subjective" tasks in order to make sure that it remains relevant to the real-world needs of users---once you understand subjectivity, you start to realize that it is actually all over the place.

In 2014, we noticed that the discussion of such themes was becoming more systematic, and that members of the MediaEval community were interested in having a venue in which they could publish their thoughts. For this reason, in 2015, we added a MediaEval Letters section to the MediaEval Working Notes Proceedings dedicated to short considerations of themes related to the MediaEval workshop. The Letter format allows researchers to publish their thoughts already as they are developing, even before they are mature enough to appear in a mainstream venue.

The concept of MediaEval Letters was described in the following paper, in the 2015 MediaEval Working Notes Proceedings:

Look for MediaEval Letters to be continued in 2016.
Posted by marlar at 8:37 PM