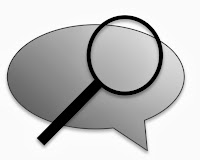 Our proposal for a fourth workshop on Searching Spontaneous Conversational Speech at ACM Multimedia 2010 was accepted today.

The SSCS 2010 workshop is a forum for presentation of recent research results concerning advances and innovation in the area of spoken content retrieval and in the area of multimedia search that makes use of automatic speech recognition technology. Spontaneous, conversational speech occurs in a wide variety of domains and the workshop is relevant for lectures, meetings, interviews, debates, conversational broadcast (e.g., talkshows), podcasts, call center recordings, cultural heritage archives, social video on the Web and spoken natural language queries. The objective of the workshop is to bring together researchers in theareas of speech recognition, audio processing, multimedia analysis and information retrieval for exchange and interaction.

In 2006, I moved to Amsterdam and in 2007, I started a blog entitled "Living with defeats," which lasted exactly four entries before I abandoned it. The title plays with the word fiets, pronounced "feats". It's the Dutch word for bike, de fiets meaning "the bike" and pronounced approximately "defeats". A bicycle was my constant companion and the beast of burden that got me there and back from my apartment near Dam Square in the center of Amsterdam to the Science Park where I worked in the Intelligent Systems Lab Amsterdam.

The blog's title "Living with defeats" probably both anticipated and contributed to its quick demise. I'd thought I'd reflect a bit more about what went wrong, especially since my second attempt, i.e., this blog, is now celebrating its one year anniversary. This time, as a blogger I am doing something differently. What?

An important aspect is my understanding of my audience. In "Living with defeats", I was attempting to write a blog of the genre "American living in Amsterdam." Who was going to read it? Here, I write about things that keep my brain busy. It's more of an attempt to empty my head. To put ideas on the the back burner. The best typification: this blog is a conversation with my future self. In other words, now, I really know my audience.

Then there are the practical aspects. Blogger is easy to use -- I have a browser open most of the time anyway. "Living with defeats" didn't use a blogging platform and required quite a few extra clicks to write and publish.

Also, I have a different perspective on how frequently I need to blog. I find that I have time to do it about once or twice a month. In Amsterdam, nearly every day generated a new bike-related anecdote and I had a constant feeling of being behind. For all the cute word plays, I failed to be "dam square" with myself on how much time I actually had to devote to the project.

Most importantly, I am incurably passionate about search and especially about spoken content search. I catch myself in my free time thinking about finding things, especially bits of interesting multimedia, and also reflecting on the subject of "what I know about the things I don't know", i.e., the possibility of finding information or a resource that I don't know exists.

It's not that I don't still think about bikes. Although the Triumph finally needed to be replaced and the commute to Delft University of Technology is much shorter, I still accumulate plenty of Dutch bike anecdotes. When I get the urge to write about my bike, however, I control myself, at least in this forum.

Probably the major contributor to the relative longevity of this blog has been my work on coherence measures.

Blogger consistency is a blog characteristic that is independent of the topic of a blog, "orthogonal to topic", as it were. Yet, it really impacts building of blogger credibility and the relevance of blog material to user information needs.

From this distance, I have come to regard "Living with defeats" as an exercise in cheap failure. I'm not exactly sure how long my new blogging project will last. But already, I've been able to consolidate my thinking by going back and reading old posts. Since my future self is the target audience, this constitutes nothing short of a rave review.

Although this blog claims to be about defeats it is actually about triumph, or should I say a Triumph. De fiets, pronounces more-or-less "defeats" is Dutch for "the bicycle" and the bike that inspired me to go on-line with my musings about Amsterdam is a metallic blue Triumph.

Currently, the Triumph is being stored at Central Station. "Your tire is flat", the attendant pointed out as I brought my bike down to the bike storage to lock it up. In my rush to make my train on time I hadn't noticed.

New Year's resolutions: fix the tire, get a picture of the Triumph on to the blog, learn how to spot a flat before it is pointed out to me by a more bicycle-aware Dutch denizen.

The Triumph (tire now repaired) spends a lot of time tied with a chain to railings of bridges over canals.

The first time I locked my bike up in this way, I realized that even a little slip on my part could lead to my whole ring full of keys flying through the bars of the railing and into the opaque water.

How many people in Amsterdam, I asked myself, have experienced such a mishap? If other people are as inclined to fumbling as I am, the bottom of those canals must be strewn with bundles of keys. I wondered how many busy schedules have lurched to a standstill because of keys flying into canals. People who have suddenly found themselves locked out of house and office and unexpectedly deprived of their means of transport, now immobilized on a bridge. Hopeful job applicants fatally late to that big interview. Romantics with nervous fingers never forgiven for missing a first assignation.

Anything capable of such disruption of the directed bustle of Amsterdam, must surely be a widely-foreseen threat.

There must be a service, I thought, someone to call in case this happens. I wondered if this would be a key-retrieval type service, which would rescue keys from any of the places they can fall in Amsterdam (train tracks, too, for example.) Or would this be a special service to retrieve things from the bottom of canals?

I addressed this question to an Amsterdam expert I know, and got quite a practical reply. Of course there is no rescue service. No one puts a bike key on a bundle with other important keys. A bike key needs its own ring. And naturally, you have a spare bike key somewhere handy.

It will be interesting to see how I do, administering now two key rings in my life along with mobile phone, memory stick, wallet and pocket calendar. Of course, I have particular motivation to get it right, since the chain to the Triumph has no spare key.

What at first appears to be a snarl of cars, bikes and pedestrians has sorted itself out in my mind into three distinct streams whose twining is regulated by a set of rules. One learns to reconstruct the rules by asking questions, by observing the signs and markings on the bike paths and by watching how more experienced bikers avoid running into each other. Some of the rules I don't think I will ever be in danger of breaking. For example, the fact that there are occasionally speed bumps built into bike paths leads me to believe that there must be some kind of a bike speed limit. My Triumph is, however, permanently stuck in third gear. Without doubt it is able to achieve significant speed, but the protests of my knees will keep me well below ever being the kind of biker that those speed bumps were built to reign in.

One rule I do watch out for is the the lights rule. You're supposed to have lights to be visible after the sun sets. You can imagine that if my gears do not work properly it is something of a challenge to maintain the rather delicate set of wires that runs from the dynamo to the head light and back to the tail light. Extricating one's own bike from a forest of other bikes locked to the same rack tends to get wires and things caught on other people's pedals and break levers. I am careful. I monitor my bulbs. And at night my pedal power is transformed not only into forward motion but into twin beacons one ahead and one behind.

I was rounding the corner to go under the bridge at Muiderpoort and two police agents stepped on to the bike path one on either side. Oh, I thought, this is how the police stop bikes in Amsterdam and I stopped.

"Mevrouw" they said "we have stopped you because of the example you are providing for the neighborhood." I was a bit flustered. What kind of an example? What was I doing wrong? They looked at an age to be relatively new to the force and their faces were solemn. Doubtlessly they had those bike rules I was trying to reconstruct freshly memorized down to the last footnote.

Thankfully the dramatic pause was short and they continued on to explain, "You are using your bike lights. To show our appreciation we would like to present you with this light-up police keychain."

My fluster fled."Oh," I exclaimed. "Bedankt" I take the keychain "Echt leuk." But you have to imagine that I used the American English intonation of "Hey, thank you, that's soooooo nice."

They looked at each other. Then back at me. They were probably not too thrilled about getting assigned to keychain distribution detail. My Anglophone ebullience was not making the assignment any easier.

"You're welcome," in English, the staccato reply.

Now, the light is on my keychain. It has a police logo and a button to push to make it light up. I mean to show it to the next police agent who pulls me over, since it will without doubt be for doing something contrary to those bike rules.

In Amsterdam, you don't interrupt your life just because you are on your bike. A mp3 player or a cell phone conversation makes a long ride go by much quicker. Now I automatically get on my bike with my cell phone somewhere I can answer it easily.

The part of my life that is moving onto my bike is breakfast. I don't wake up hungry in the morning. I am not a breakfast person and my body does not wake up with the realization that there is going to be a half hour of hard pedaling before leaving the house and arriving at work. So half way to work I have taken to stopping and picking myself up a scone.

The scone I put in my pocket, since I need two hands to get going. But once under way I can do handle bar left hand, scone right hand, mouth munching. And no one stares. Quite to the contrary. Already on my second bike breakfast a passerby wished me bon appetit.

I am getting quite a lot of practice with the breakfast scone and I hope in a couple months to be able to add a cup of coffee. Someone in Amsterdam must sell handle-bar mountable cup holders.
Posted by marlar at 12:00 PM