A recent Nature paper entitled Evolved structure of language shows lineage-specific trends in word-order universals has made quite a splash in the media and has some important implications for the study of linguistics and application of linguistic principles. The splashy aspect of the paper is that it allows the media to declare the discovery of purported fundamental flaws in the theory of Universal Grammar.

The more subtle implications of the research are highlighted in an Wired Science article entitled Evolution of Language Takes Unexpected Turn. This article quotes Michael Dunn, author of the Nature paper, as stating, “What languages have in common is to be found at a much deeper level. They must emerge from more-general cognitive capacities.”

This finding suggests that if we indeed are interested in understanding our human language capacity, it is time to return to again give serious consideration to proto-semantics, the pre-lexical dimensions of meaning arising from the interaction of our human perception and the real world in which we live. The commonality underlying the way we speak arises from the similarity of our cognitive processes, which in turn can be traced to the structure and function of our brains. The way in which proto-semantics is encoded into the wide range of human languages and the variety of the evidence that we can observe of its existence are re-emerging as the more critical research questions. Whether we need a universally applicable syntactic mechanism to explain language may at this point be less relevant.

As a scientist, I personally renegotiated my relationship with Universal Grammar 15 years ago while doing the field work in theoretical linguistics on Baule in Cote d'Ivoire. No amount of pushing and shoving would fit the verb series constructions that I was studying into a framework determined exclusively by settings of universal language parameters previously identified in other languages. It appeared to be a classic case of West Africa Wins Again. My laptop held up wonderfully under humidity, sand and travel in the Cote d'Ivoire -- but my fine theory failed miserably.

One aspect of Baule that I looked at in detail is the conditions under which it is possible to omit a pronoun object in a sentence. In answer to the question "Did you beat the drum?" one replies "Yes, I beat", which must be translated into English as "Yes, I beat it". You leave out the pronoun because (simplifying somewhat) the drum is an object whose purpose is to be beaten (in the sense of played). The functional relationship in the real world as perceived by humans makes the verb and its object inextricable with respect to their meaning. The pronoun is considered redundant and can (in fact, must be since the effect is encoded into the grammar of the language) left out.

Contrast that with "Did you see the drum?" and the answer "Yes, I saw it". Here, the acting of seeing and the drum itself do not have a tight connection in the cognitive conceptualization of the world. The drum is seen because it has a physical existence, but it is not explicitly designed to be seen nor can it be considered an object typical of the sorts of objects that are seen by humans. In the answer "Yes, I saw it." it is not possible to omit the pronoun.

The syntax of Baule failed to fit into my neat universal framework, but I learned an extraordinary amount about the range of phenomena that "register on the radar" of human cognition and naturally also find their way into language. Other languages express these phenomena in other ways, or chose not to express them at all. However, that proto-semantic generalizations can be found to exist at all and which generalizations exist is both interesting and useful.

What does this have to do with search (the topic of this blog)? If proto-semantics is a reflex of human perception of the real world, we should expect that its influence impacts not only relatively low level syntactic processes, but also the more complex ways in which humans communicate and exchange information: information creation, curation and retrieval. If we can push forward this line of inquiry, a full answer to this question will surely be important enough to make its own splash.
Posted by marlar at 11:26 AM 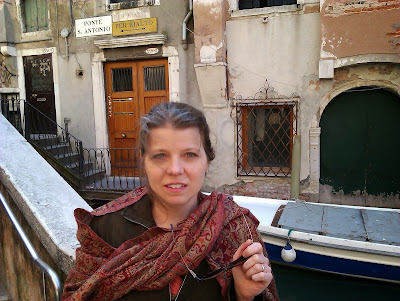